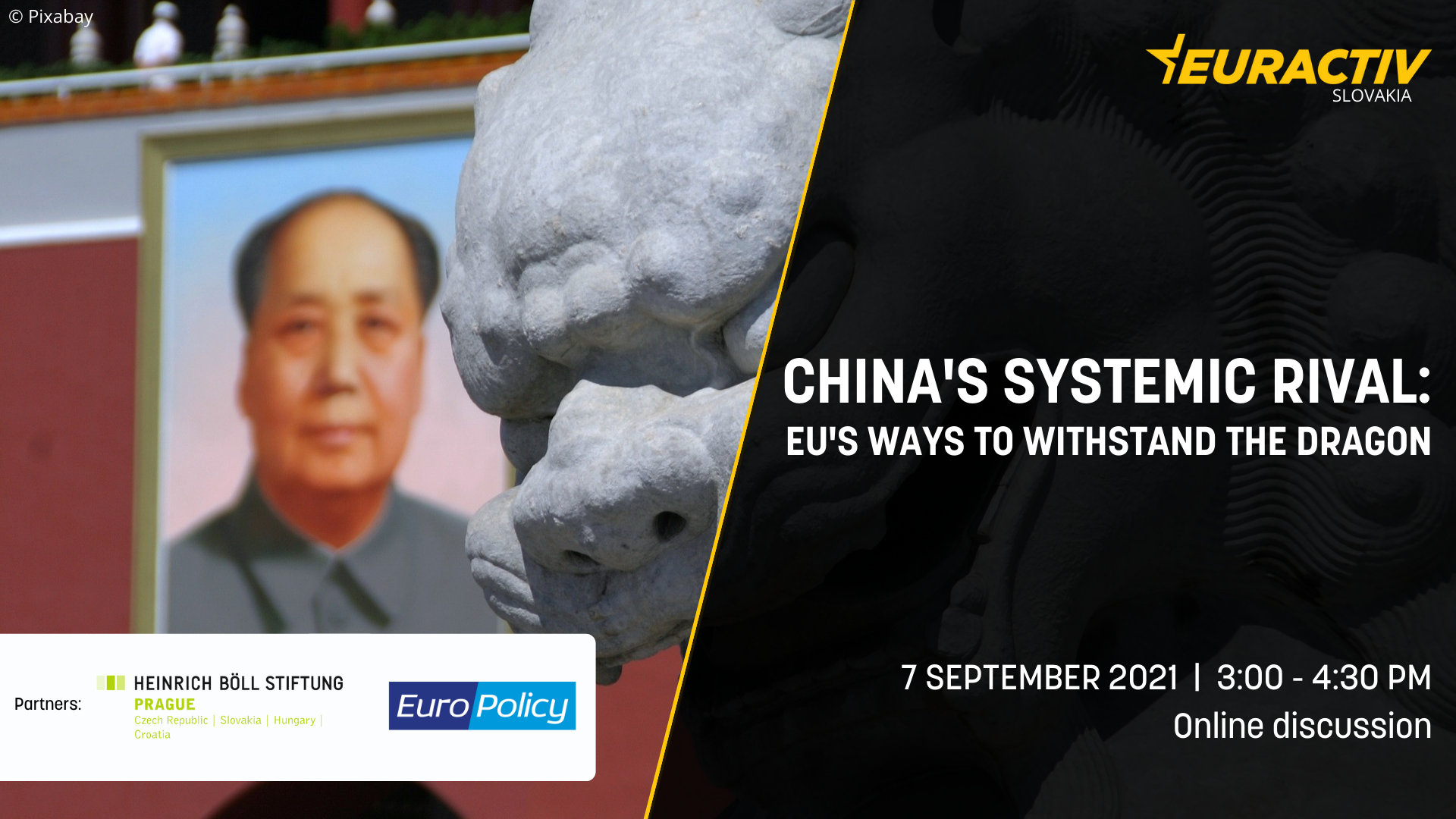 Although China remains to be Europe’s important partner in many areas, it continues to shape international politics and relations in a major way. As a rising power, it often interferes with EU’s security. This includes challenging its core values, such as human rights and democracy. This last year has shown us that the speed of its rising is very fast and it is still increasing in all circumstances.

Nevertheless, the Union remains divided over China – perhaps more than ever. While some welcome its investments into the infrastructure, others call to leave the cooperative initiatives pursued by China. Countries in Central Europe, including Slovakia, thus need to be able to reflect on China. They need to reflect on it as a systemic rival, face the realities of its regime’s goals, and adequately respond to them. But what changes have occurred in the common European approach and how can we incorporate them into our national initiatives? Panel of experts will discuss this in detail.

Event was organized by EuroPolicy in cooperation with EURACTIV Slovakia and the Prague Office of Heinrich-Böll-Stiftung.