Conflicts in the OSCE area: How to melt the frozen land 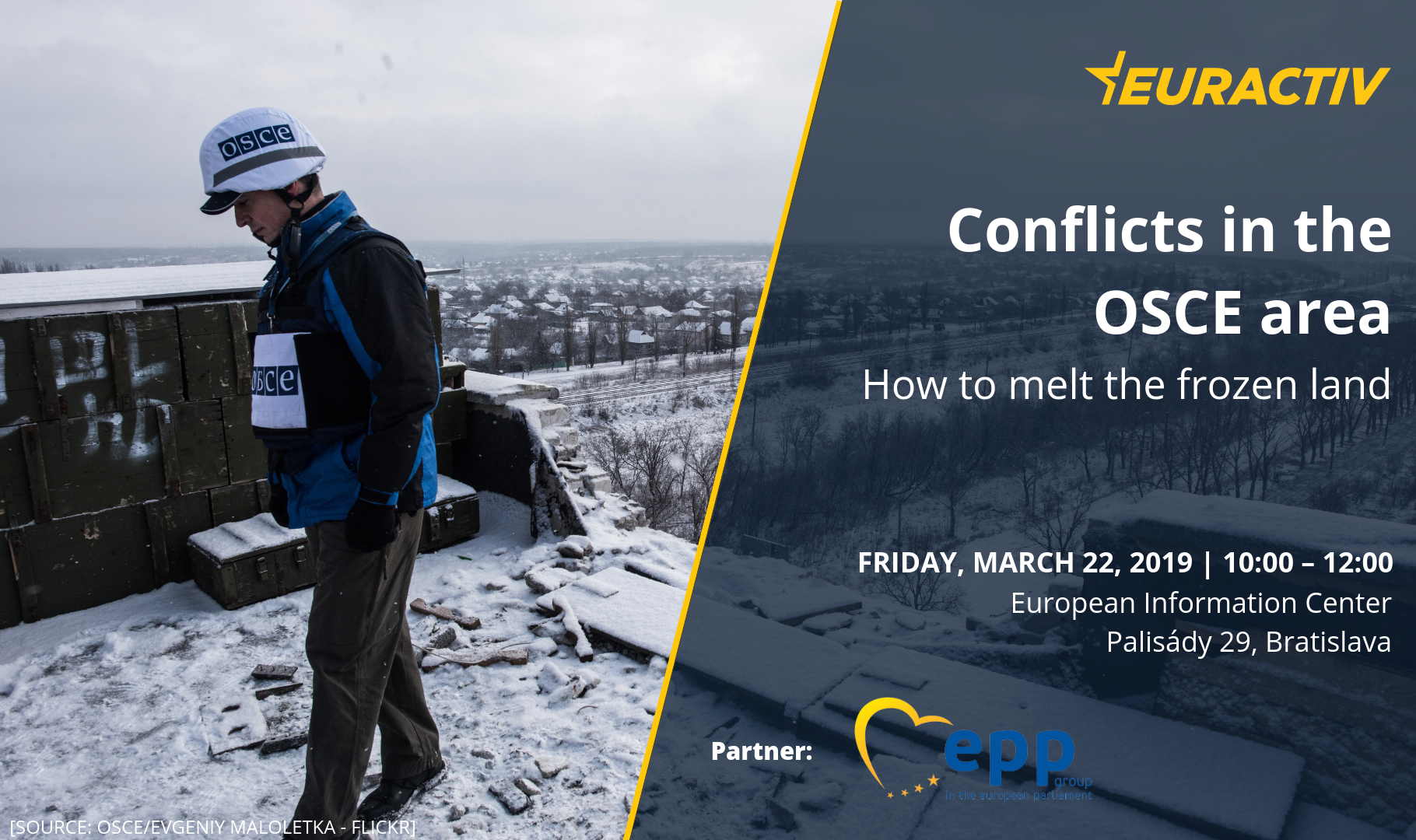 The motto of the Slovak Chairmanship of OSCE, which started on January 1st, 2019, reads: “For people, dialogue and stability.” Amongst the three key priorities, prevention, mediation and mitigation of conflicts, focusing on the people it affects plays a key function.

As the OSCE area currently comprises long-term protracted conflicts Slovakia, together with OSCE’s international community, leads the effort for an essential engagement in order to overcome the current neglect.

Although the peace processes have been frozen, the conflicts themselves are far from being “frozen” for the local population. The four pre-2014 disputes in Abkhazia, South Ossetia, Transnistria, and Nagorno-Karabakh received no recognition by the United Nations. Crimea, on the other hand, constitutes a highly special case, as the peninsula has been under the “de facto” control and jurisdiction of Russia. Moreover, the Donbass conflict is currently and quietly turning into one of them.

Due to the uncertain legal status of these territories, the international community, including the European Union, has very limited options for direct engagement in solving them. Yet, the existing participation of the OSCE in mediation efforts to resolve the conflicts is vital.

But then again, what is there to be done? Have efforts to “unfreeze” these conflicts failed and which political decisions have ceased to operate effectively? Can the current state of frozen conflicts improve, or will it rather escalate further, due to Russia’s direct action in the post-Soviet sphere of influence? Does the European Union have the means, the capacities and the political will to effectively engaged? And can the effort of the Slovak OSCE Chairmanship, with its focus on promoting the Structured Dialogue as a crucial method for fostering dialogue, do  justice to ongoing efforts?