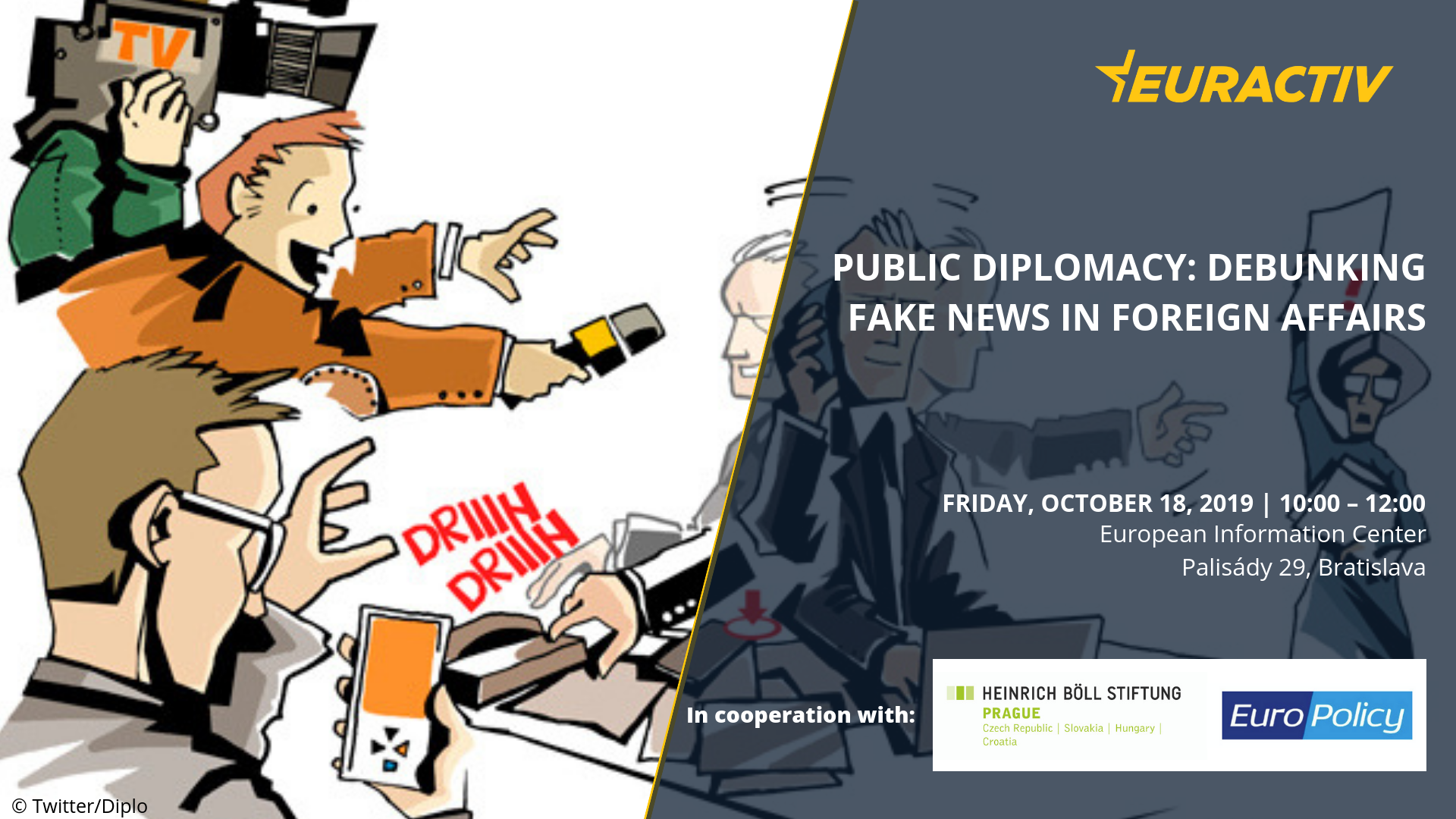 In the post-truth era, fact-checking became a hot topic in many foras. Faced with an avalanche of misleading statements and mistruths often disseminated by people in position of authority, including high level politicians, many diplomats, journalists and the general public require access to accurate information in order to be able to take reliable decisions. Yet, fake news even became a political tool, phenom­enon broke into the mainstream, even politicians weaponized it.

To counter disinformation and propaganda, governments and non-state actors are stepping up their law enforcement efforts. Role of foreign policy representatives is thus being remodelled, often outsourced and secondment. Their active, personal, but often also digital counterstrategies to protect citizens against disinformation often face resource-strapped capabilities, what remains a major problem.

EURACTIV Slovakia invites you to the 2nd from the series of three workshops, that brings together diplomats and practitioners of diplomacy, journalists and digital/social media experts, and experts and researchers, exploring the factors influencing and shaping today’s foreign policy relations and its actors.

The 2nd discussion/workshop of the series, focused on public diplomacy’s role in debunking fake news in foreign policies, will look into how diplomats conduct their tasks and negotiations today and how they inform public about the result; what the successes and shortcomings of the existing public diplomacy departments on MFAs around the region are; what the successful tools and best practices to reach audience, as well as the alternatives for a success measurement are.

If you wish to attend this event, please contact us at bajla@euractiv.sk