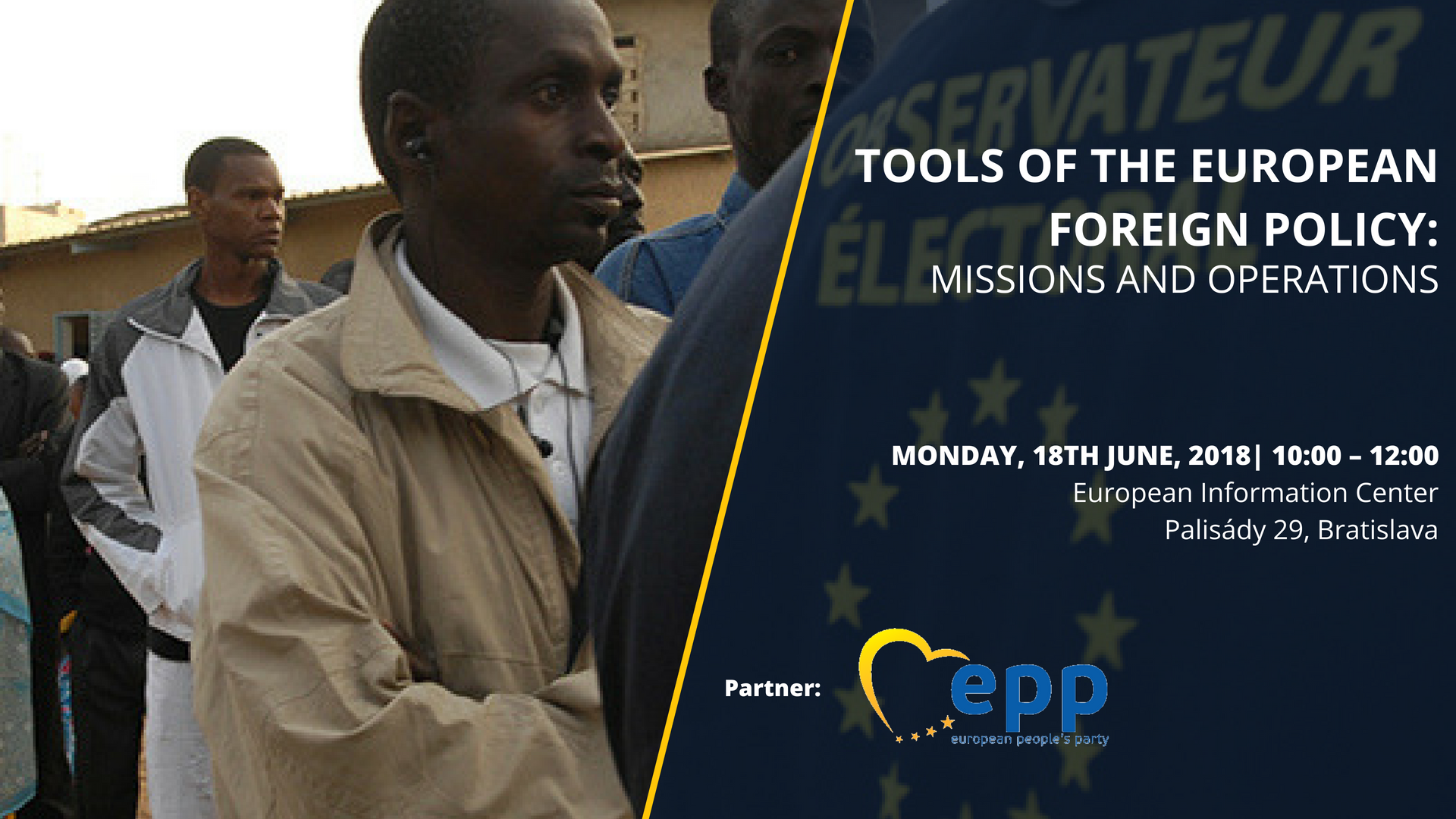 TOOLS OF THE EUROPEAN FOREIGN POLICY: MISSIONS AND OPERATIONS

Let us invite you to the EURACTIV Workshop organized in cooperation with MEP Eduard Kukan (EPP) entitled “Tools of the European Foreign Policy: Missions and Operations”, to be held on Monday, 18thMay 2018 in the premises of the European Information Center (Palisády 29, Bratislava) with the beginning at 10:00.

The peaceful resolution of conflicts constitutes a fundamental principle underlying the Common Security and Defence Policy (CSDP). Moreover, it represents the focal point of the EU’s commitment to peace and security. Operational contributions to this end are ensured by CSDP missions and operations which aid in implementation of conflict settlements and engage in capacity building and training of security forces in weakened states. Additionally, EU reinforces its foreign policy objectives through its election observation missions, contributing to strengthening democratic institutions, building public confidence in electoral processes, helping to deter fraud, intimidation and violence in third countries.

The role of EU’s various missions is cultivating in the context of maturing European security, rocky Transatlantic cooperation and growing variety of external threats. And what more practical and concrete actions signaling both EU ownership and the contribution of EU Member States does the CSDP have than its missions? Certainly, they are the most visible abroad.

But what contribution do the EU missions, operations and electoral observation missions bring to the EU and to states they are executed in? What are their particularities and how are such missions prepared, carried out and evaluated?

At another EURACTIV Stakeholder’s event we will welcome experts and participants of the CSDP missions and operations and EU election observation missions. Our guests will evaluate their experience and discuss on where the concept of peaceful resolution of conflicts stands with regards to European defense and security initiatives.

MARTIN SKLENÁR, Ministry of Foreign and European Affairs of the SR

After the discussion there will be room for networking and refreshment

The discussion will be held in English language.